My next-to-last visit to Jerry's farm

After writing my sort-of bio, I'm a little worded out–so I'll kick off this new project with some photos I took last April in Columbia, Missouri, at my uncle's farm. My grandparents finally sold the place and all the paperwork was finished up last week. Every time I visited I found some new interesting thing. Some of those interesting things have wound up in my house; others were just photographed.

Here are some of those things–the general Flickr community never seemed to latch onto them, but I liked them all the same. And when your domain name is the same as your real name you should be able to post whatever you want, right? 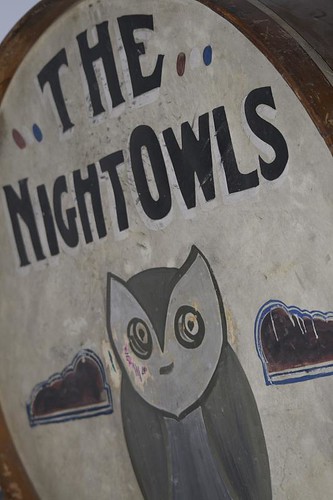 This old bass drum was in the barn Jerry was converting to a recording studio at the time he died. It would have been a neat place, but it wound up being crammed with goodies like this. 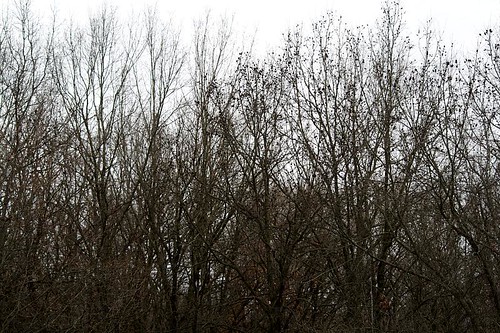 It stayed cold in the central states a long time this year–I mean, this was from late April. Back home in Kansas it was another good month before things started to bloom for real. And now, once again, my yard is totally overgrown–but that's another story. 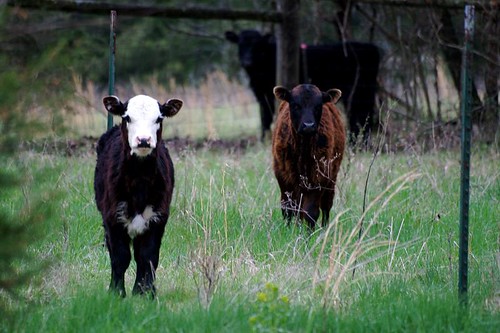 A neighbor's fence was compromised, making for a good opportunity to tinker with my new-at-the-time Sigma 70-300mm telephoto lens. Betsy didn't have the luxury of such super-duper telephoto power and got a little closer. 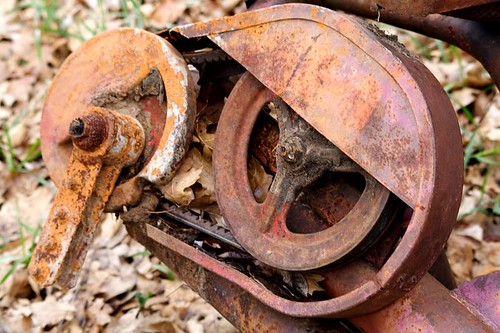 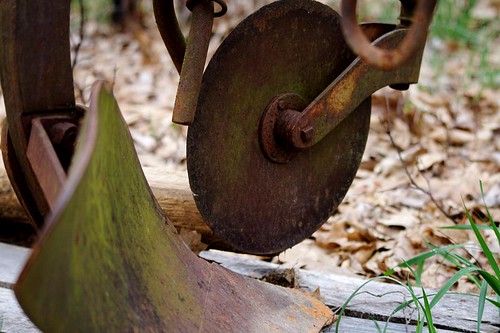 What can I say, I like rusty things. Jerry didn't even really farm so I'm not sure why he had this stuff. 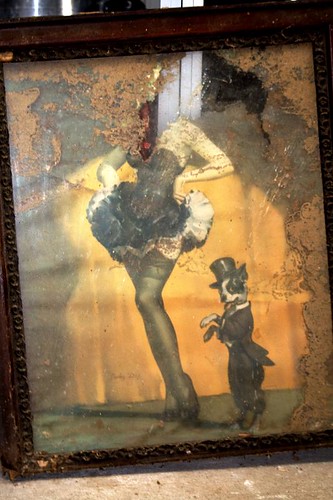 You have no idea how tempted I was to take this one home. I mean, THAT'S ONE TALENTED DOG, right?