A few shots from my neighborhood

This afternoon I walked down to the river to see how the dam was handling the rush of rain water (we got at least four inches of rain Friday night). I brought my camera along.

For those of you who don't know, I live in North Lawrence, just across the bridge from downtown. A lot of people like to not officially recognize us as part of Lawrence, but I like it. I can walk to downtown in ten minutes, property is affordable, and it's one of those parts of town that have still got a little character. 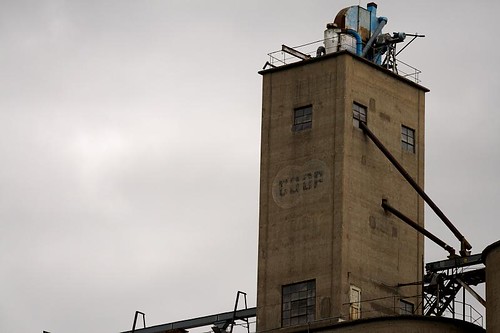 Along with the far east part of town, just off of K-10, North Lawrence is much more rural than the rest of town. For example, the city's grain elevators are a few blocks south from my house. 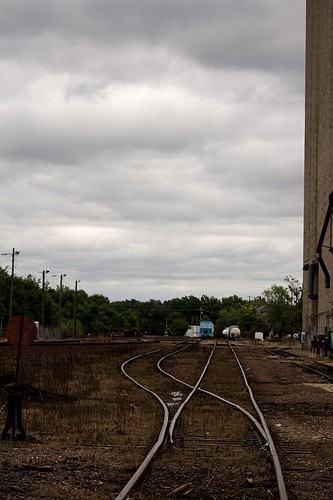 A few train tracks run alongside the elevators. I've talked to one person who couldn't take the noise and left North Lawrence because of it, but I've never found it to be that bad. The downside is getting caught at the intersection waiting for a long, slow train to move past. 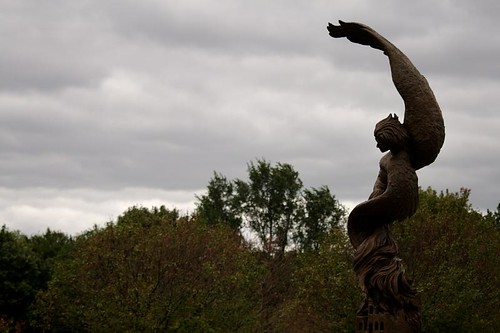 The Union Pacific Depot has been restored and now is available for public and private functions. I've yet to go inside. This statue is out front. I'm not sure what it's called, but I believe it's a tribute to people in various service roles. If you know more, let me know. 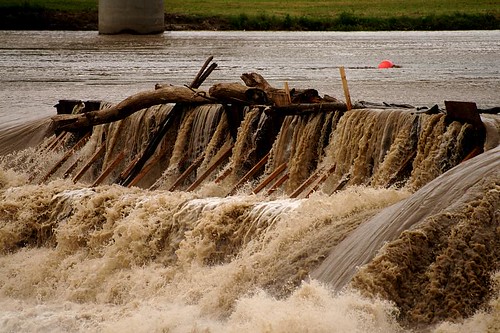 OK, let's get to why I went to the river. Here's a shot of the dam. Note the large trees trying to make it over–I wonder whose job it is to clear them out. And yes, the Kansas River really is that dirty. 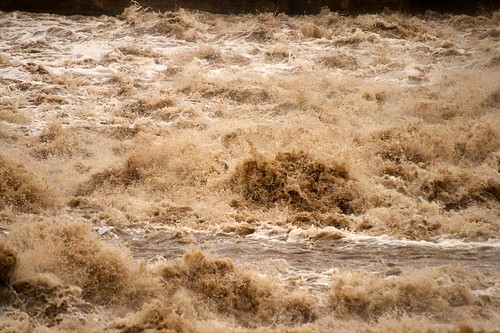 Here's water that's just gone over the dam. You'd think these were rapids. Suffice to say, you don't see anyone boating around this part of the river (though there are landings just up and downstream).

September 14, 2008. Questions or comments? Let me know what you think.