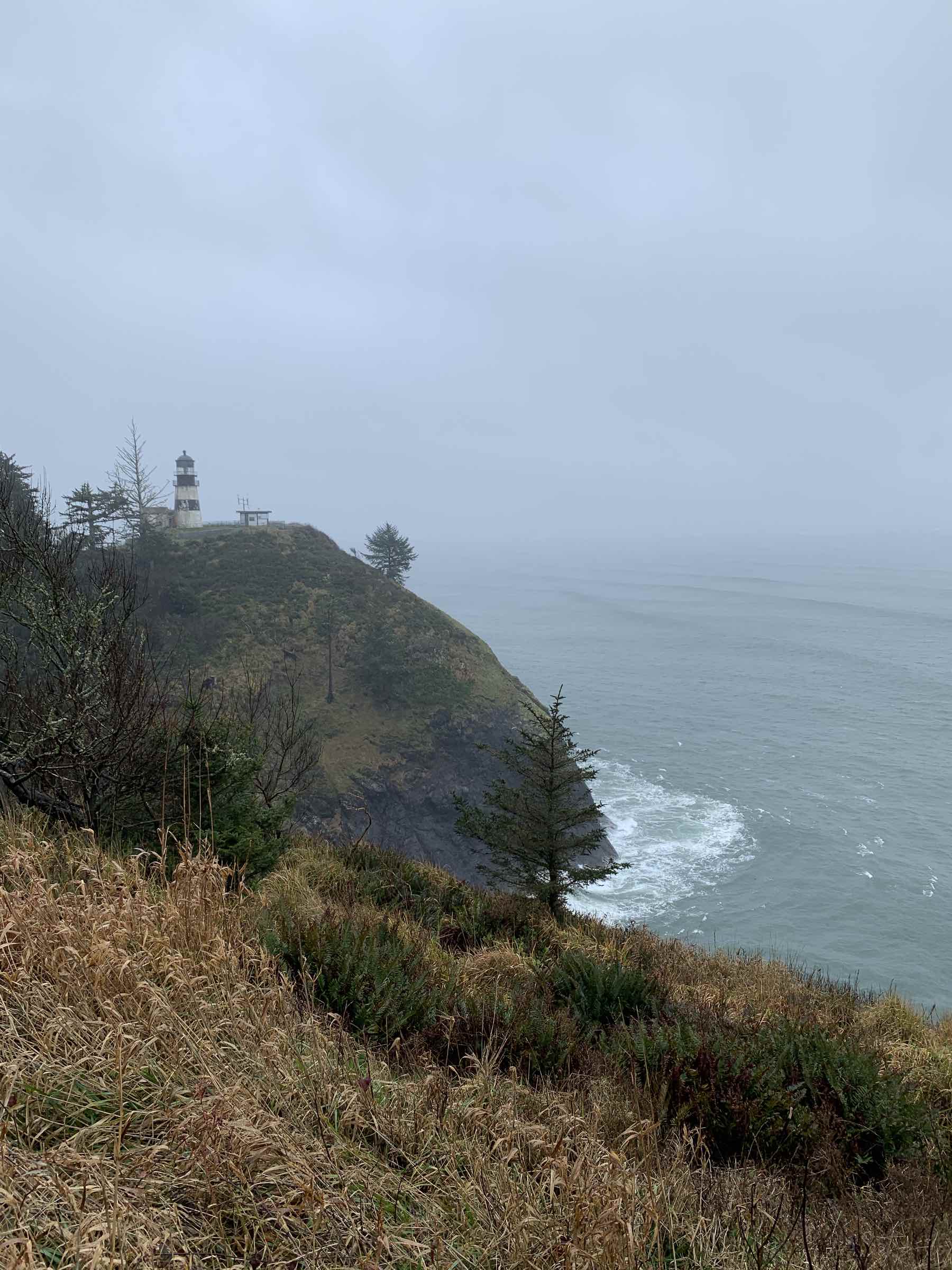 Happy new year, new decade, all that. I just completed my first week back from work after my annual-ish pretend retirement, during which I imagine what it'll be like to lose track of which day of the week it is, be only accountable for my own schedule, take drawing back up for the first time since high school, etcetera. Except I don't actually have to imagine it; a couple of days into my 16-day break from work, I'd already lost track of things. And I built an easel to convert my basement wood shop into a basement art studio. This was the first time pretend retirement wasn't broken up by holiday travel or family obligations, you see, and I took full advantage.

For the most part, the weather wasn't horrible, at least not for the far reaches of northwest Oregon at this time of year. I spent a lot of time on our nearby trails, and finally made it out to Cape Disappointment (pictured above) on the Washington side of the river. Visiting on the second day of January puts things into perspective; you can understand why Lewis and Clark would give it such a name. Rainy, muddy, windy.

(I really got spoiled being able to do morning and mid-day trail runs in the middle of the week, when I'd normally be working. If and when real retirement comes, you can bet I'll spend a lot of my newly free time out on the trails. Hopefully I'll still be able to run at that point.) 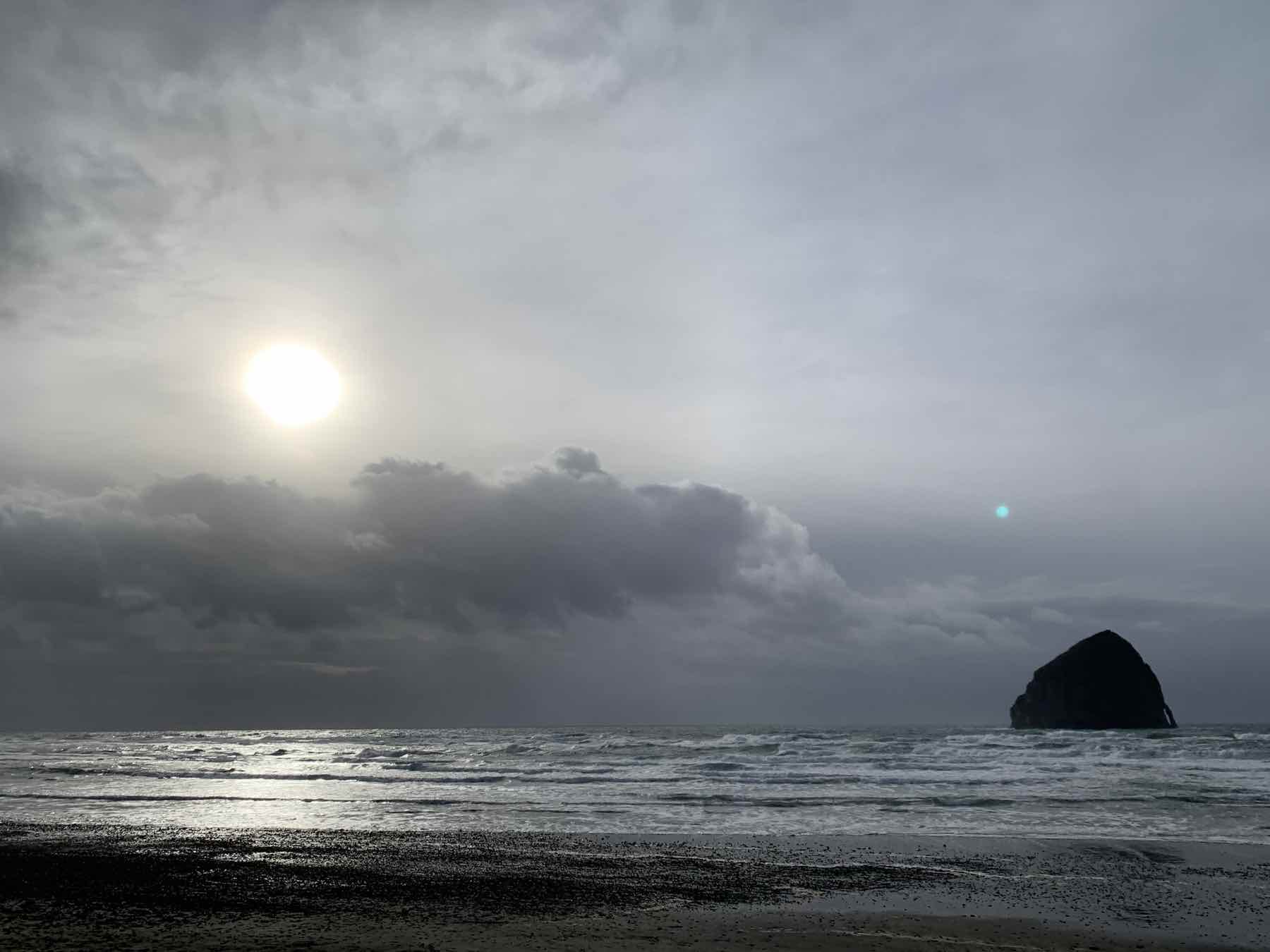 On the last day of pretend retirement, I drove down to Pacific City and wound up spending most of my time in Pelican Brewing's parking lot, which is, far as I know, the most scenic parking lot on the west coast.

So, I signed up for my first half marathon. It'll be in Newport, Oregon, at the end of May. Kind of wondering what I got myself into, but I'm trying to make myself do more new, scary things this year. This qualifies. (I have done a ton of 5Ks now, and a few 10Ks, but I figured I should take the next step.)

I've been running my usual routine since I signed up, for the most part, but have begun working more dedicated strength and conditioning work in addition to run days. Training-training begins in earnest in the next couple of weeks. I'm a little worried that I'll be logging some boring long runs on the indoor track at my gym, but it's still better than a treadmill, I guess?

New writing project: On hold. Some of the ideas aren't translating to short, punchy pieces the way I'd hoped. So I'm tabling for the moment and will revisit soon, probably after a vacation, to figure out how to break things down. I'll keep you posted.

"Plain Plate of Noodles" has been stuck in my head since I watched John Mulaney and the Sack Lunch Bunch on Netflix last week. You're welcome. (See also: "Algebra Song!")