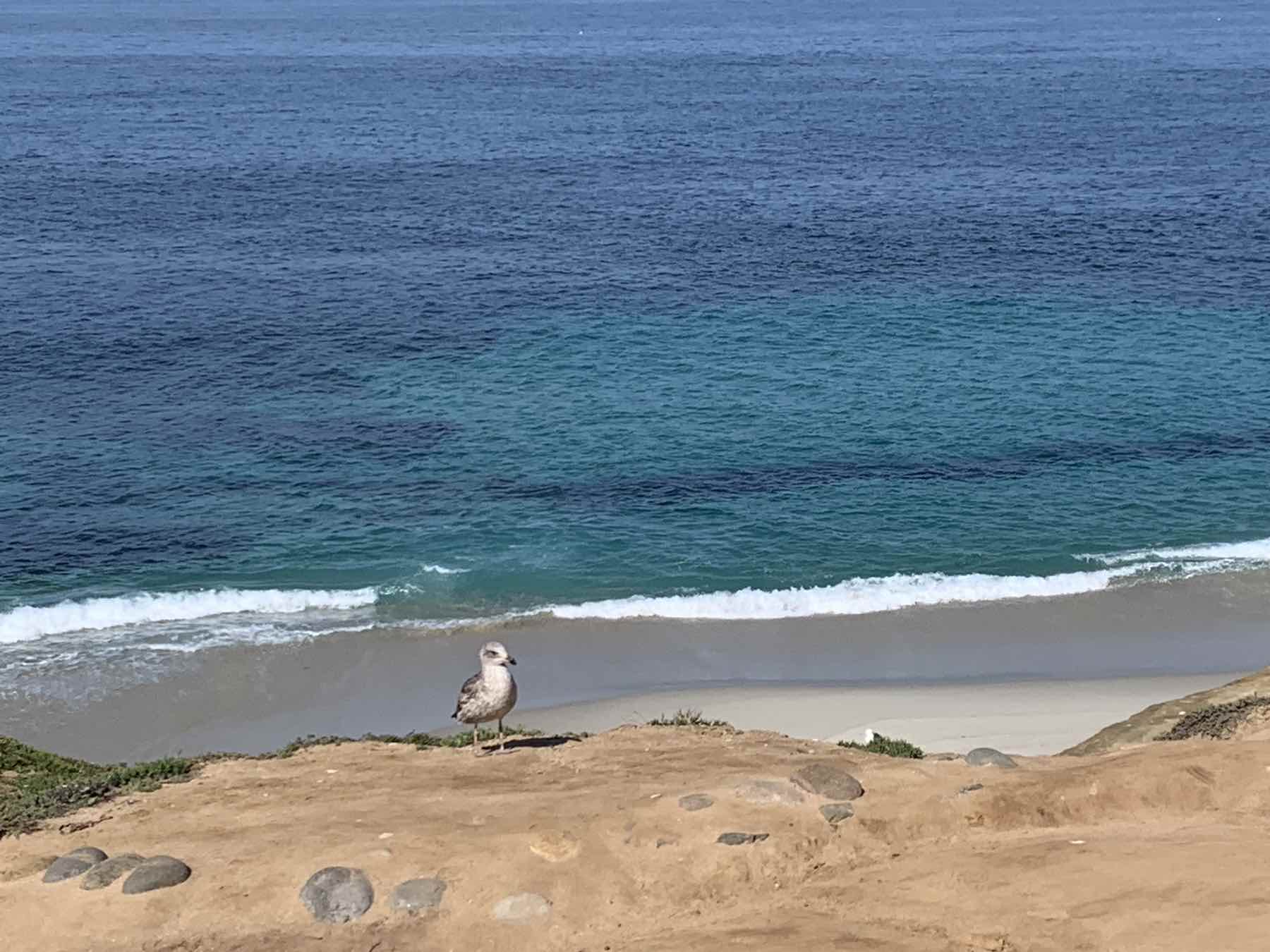 Hello. I didn't want to let a month get away from me without a quick update, so here you go.

Last year at this time, I mentioned learning the importance of getting away from the constant pour of Oregon coast winter, for a few days of sun. This year, I went down to San Diego. First time there, and first time taking a proper vacation by myself. I had a really good time. The only items on my official agenda:

Speaking of a car, I wasn't originally going to rent one until I realized there wasn't any great way to get to the safari park otherwise. I'm glad I did. I didn't have anything scheduled on my last full day, so I started by driving up to La Jolla, since I hadn't actually gotten to the ocean yet. Same Pacific Ocean I visit almost every week in the northwest, but oh so different. So clear and blue and warm. I saw seal pups washing into shore with their moms, to bask in the sun. After that, I spent a good chunk of my afternoon at Coronado Beach, where the sand glistens like gold when wet.

That said, I mostly walked. I stayed in a downtown hotel, and in addition to the zoo and safari park, and to and from the aircraft carrier, and along the beaches, I hoofed it. I walked to the Gaslamp Quarter for lunch one day, to Little Italy for dinner one night (and one other, but the place was packed so I retreated to a place closer to the hotel), and around Old Town while killing time before my last dinner out before heading home. My Fitbit says I walked 33 miles in three days! So I didn't feel too guilty about taking the week off from half marathon training. Or eating like a pig. Or sampling beers from Stone Brewing, Bolt Brewery, and Karl Strauss.

Railsconf 2020 will be back in Portland, and I'll be there. I don't think I've got my D-list celebrity status in that community anymore, but that's ok. Hard to pass it up when it's relatively close to home. Feel free to say hi, if you see me there.