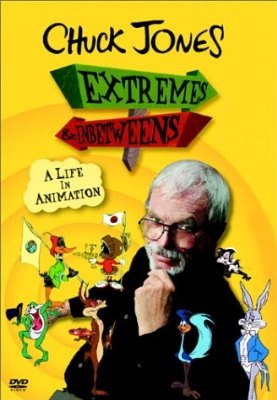 Allow me to put on my (information/instructional) designer hat for a moment. Tonight I watched an excellent film called Chuck Jones: Extremes and In-Betweens, a Life in Animation, from PBS's Great Performances series. In case you don't recognize the name, Jones was the mind and pencil behind the Looney Tunes cartoons we all grew up watching–you know, Bugs Bunny, Daffy Duck, Wile E. Coyote and the Roadrunner, and so on. He also directed the animated version of How the Grinch Stole Christmas!

The film came out in 2000, two years before his death, and it was interesting to hear him discuss these works and the work that went into them behind the scenes. In particular, I thought his explanation of using storyboards to create and capture story was excellent. Mr. Jones, as director, drew each key frame by hand, then turned things over to a series of animators and background artists to put their touches on the final product. The results, more often than not, were masterpieces of American popular culture, and everything started with those storyboards.

I bring this up because in all my design-related classes I've never seen a really good example of the storyboard's role in crafting a message, particularly in instructional design. In Extremes and In-Betweens you get to see real-world storyboards and real-world examples you already know, not made-up training modules or mock advertisements. It might also be a nice reinforcement for anyone developing presentation materials in the Presentation Zen style (see PZ's post on storyboarding from last January for more).

If you teach storyboarding in any sort of visual communication course, I recommend tracking down a copy of this film (I got it through Netflix) and sharing it with your students. If you're interested in becoming a better designer (whether "design" is in your job title or not) and want to see an example of top-notch storyboards, check it out. I can't think of a better example of this crucial tool for information and instructional design.