The great garden reset of 2015

I'm a lousy gardener. I try, pretty much every year, and generally wind up with a handful of somewhat edible tomatoes and not much else. In the past, I've been guilty of trying to do too much. This year, I decided to scale back and start fresh.

To start, a built a new raised bed and filled it with fresh garden soil. Our yard has a large, preexisting raised bed that I've tried to grow things in almost since day one, but the soil is lousy and the location is just as bad–partially shaded by trees at various times throughout the day, and totally shaded by the house in later hours. But last summer, I had the idea to put some raised beds in a more prime location: At the edge of the yard, in one of the few spots that gets good sun throughout the day. I got started this spring, with the original intent to build two or three. I built the first bed from materials I already had in the barn–some two-by-fours and a four-by-four. Then, I caught myself–why overdo it? What if I focused on one small (three by five) bed, learn from it, and expand next year?

That's what I did. My decision to start small was affirmed when I picked up some store-bought garden soil for it. Not cheap! But I can expect a fresh batch of soil as part of the cost of each new bed going forward (and maybe find a more reasonable supplier between now and then).

I built the first bed in mid-March and left it empty for a couple of weeks. At the end of March, I went to my favorite Lawrence garden store (that'd be Pine's Garden Center in North Lawrence) and picked up a pack of six butter lettuce plants. 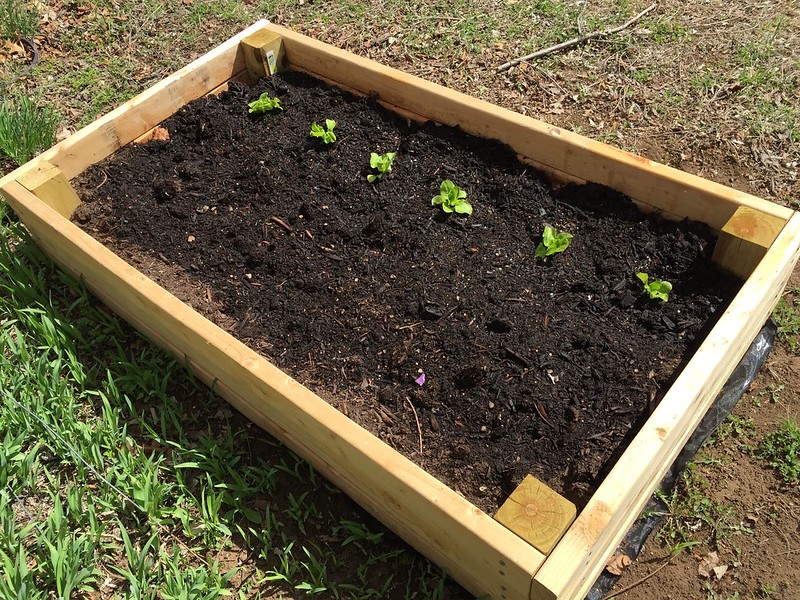 Here's how they looked about three weeks later. One little guy didn't make it, and I was unsure about a couple of the others. 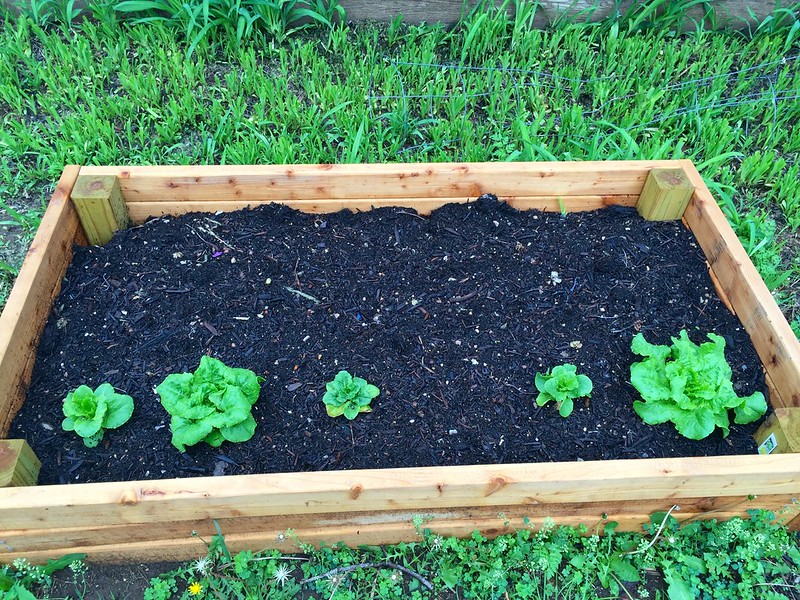 And here's the garden as of earlier this week. As you can see, the five remaining heads are all doing great. I had just added two tomato plants, and threw in a little oregano and basil to fill in some empty space. The new tenants look like they're fitting in fine. 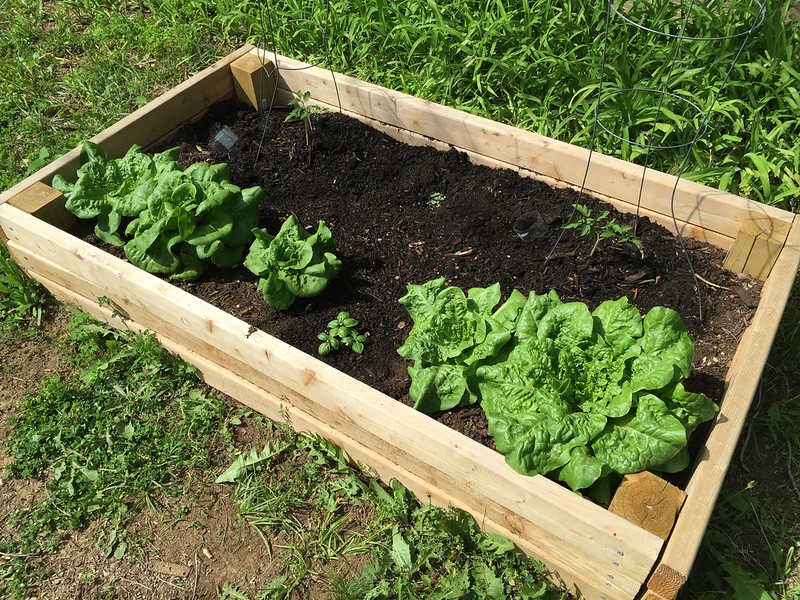 As you might guess, the lettuce is about ready for harvest. I can't believe how huge a couple of the heads have become (and have grown even more since this photo was taken a couple of days ago; it's rained a lot). I hope some of my friends like lettuce. I'm also not sure whether I should try to plant something new in its place, or avoid overusing the soil–to research.

It's still early, of course, but a few initial lessons learned:

So it's a start. I'd eventually like to have three beds along the fence, about this size, and maybe one or two smaller ones for stuff like herbs and strawberries. But those will be for future summers.